Markus Buscher is 46 years old, married and has two daughters. He is an engineering graduate with emphasis on manufacturing engineering and is a skilled production mechanic. Early in his career Buscher set up a ­ceramic production plant in China. Later he worked for ThyssenKrupp, ending as Business Unit Manager of the section “turbine blades and rotation parts”. Before being appointed Managing Director at Kalenborn he was technical director of the international Amiantit Group. The Amiantit Group is active in the worldwide production and sale of piping systems, in particular of fiber-glass reinforced plastic pipes. Kalenborn Kalprotect is proud to be associated with Markus Buscher, a manager with extensive experience in production engineering in international markets.

The planned hand-off of Michael W. Rokitta’s position to Markus Buscher gains Kalenborn Kalprotect international experience and constitutes a clear strengthening of the organization, underlining the commitment of the main partner Dr. Conrad Mauritz to Kalenborn Kalprotect. The worldwide establishment of support centers backs up these activities. In addition to the headquarters in Vettelschoss, the company has 12 subsidiaries and associated companies in Europe, America, and Asia with continued growth planned.

www.kalenborn.de
This article appeared in 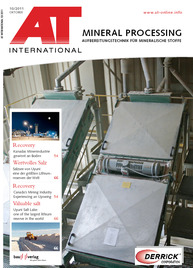 The baton has been passed on

After 15 years of successful work for Kalenborn, Dipl.-Ing., MBA Michael W. Rokitta has passed on the baton to Dipl.-Ing. Markus Buscher as he has reached retirement age (Fig.). During the time that...

On 1st November 2012, Michael Nisch started at LOESCHE ThermoProzess GmbH (LTP) in Gelsenkirchen as Director Sales of Thermo Process Technology, being member of the management. In his function as...