Within the scope of the trade fair POWTECH 2014 in Nuremberg, an informal meeting of the members of The German Bulk Solids Association (DSIV) took place. The chairman reported on the activities during the previous months and provided an outlook on the activities planned for the future. For the first quarter of 2015, for example, an event featuring the renowned industry designer Prof. Octavio K. Nüsse from the Technical University of Münster is being prepared. Also, the already existing cooperations, such as the one with the House of Technology, are to be further deepened and enhanced in the future. Numerous proposals and wishes with regard to the activities of the DSIV came from among the members. Examples of this are the expansion of social media activities (for example on XING), further training on commercial topics as well as the creation of an exclusive member portal on the DSIV website which will only be accessible to DSIV members. The next ordinary general meeting will take place in Essen in March 2015.

Also on the occasion of the POWTECH, an international meeting of associations for bulk materials from India, China, the Netherlands, Spain and Iran took place. The members suggested gathering important parameters and to making them available to the members. Another international activity of the DSIV was the SyMas which took place in Krakow/Poland at the end of October 2014 (Fig.). At this fair, the companies easyFairs Deutschland GmbH, REMBE GmbH, Ing. Siegmund Henning Anlagentechnik GmbH - SHA GmbH and KREISEL GmbH & Co. KG presented themselves on a joint stand under the “flag“ of the DSIV. Guest of honor at the joint DSIV stand making a tour around the fair was Isolde Felskau, Consul and Head of the Economic Department at the Consulate General of the Federal Republic of Germany in Krakow. In the year to come, this joint stand will again take place at the bulk material fairs in Antwerpen, Basel, St. Petersburg and Krakow. 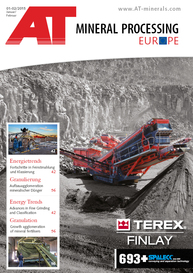 The German Association of the Bulk Solids Industry (DSIV) plans to organize an open meeting of the members within the framework of the fair Powtech 2014. It will take place on the first day of the...

The Association of the German Bulk Solids Industry (DSIV) will make use of the POWTECH, which will take place in Nuremberg from 19 to 21 April, for numerous activities. Already during the first day of...

The German Association of Bulk Solids (DSIV) held its annual general meeting (Fig.) within the framework of the Bulk Solids Fair 2014. Stefan Penno, the CEO of the DSIV, took the opportunity to sum up...

Invitation to the general meeting of the DSIV

A German Association holding its general meeting in Switzer- land is certainly not the norm. This however is exactly what the Deutsche Schüttgut-Industrie Verband (DSIV) did on May 6th when they...