The conservative and efficient use of resources stands top of the agenda for companies today. As a framework for this, the EU Commission presented its “Roadmap to a resource-efficient Europe” in September 2011. Parallel to this, the German government is working on a “National Resource Efficiency Programme”. Background to this new strategy is the realization that resources are finite and sometimes not freely accessible. Gratifying for zinc is the finding of the study “Critical Raw Materials for the EU” conducted by order of the European Commission in 2010. According to this study, zinc is not one of the raw materials with a high supply risk (Fig.).

In recent decades zinc reserves have increased at a faster pace than the use of zinc in products. So today more zinc is available than there has ever been at any other time in history, thanks to the discovery of new reserves worldwide and the further development of extraction and mining processes. This can be derived from the US Geological Survey (USGS): while the USGS estimated zinc reserves at 140 mill. t in 1994, by 2010 the figure had climbed to 250 mill. t – despite the extra 16 years in which zinc was used. The zinc reserves known today are – like all other utilised resources – not fixed, but dynamic figures, which are dependent not only on geological conditions, but also the interaction between business, technology and politics. The term “reserves” therefore refers solely to the currently recorded and surveyed zinc deposits that can be economically extracted with modern technology.

In 2010, around 12 mill. t zinc was extracted in the form of ore worldwide. In Europe, zinc ore is mined, for instance, in Ireland, Sweden and Poland. One of the world’s biggest producers of zinc is the Anglo-Swiss company Xstrata with operations in Spain, Germany and Canada. These include the zinc smelting plant in Nordenham near Bremerhaven, which is planning to increase its zinc production by 150 000 t to 300 000 t. “This increase is planned on the basis of a long-term assured supply of zinc ore. Besides the recoverable 250 mill. t, another 1.9 bill. t zinc is known to be in deposits worldwide”, explains Carl van Dyken, Managing Director at Xstrata Zink GmbH.

These facts should not, however, lead to a reckless use of these natural resources. Recycling plays a big part here, too: in Germany today over 30 % of the recovered zinc comes from recycled material. This figure is limited solely by the fact that zinc products have such a very long lifetime – zinc roofs, for example, last up to 200 years. Crucial for zinc is the end-of-life (EOL) recycling rate, which tells us how much of the zinc available at the end of its use phase is actually recycled. In Europe, the EOL recycling rate for all zinc applications averages 70 %. The main sources for zinc recycling are zinc sheet, galvanized steel, brass and zinc die castings. In addition, there are zinc-containing materials produced, for example, during hot-dip galvanizing or the recycling of scrap steel, that are used for the production of zinc – and that totally without downcycling. Recycled zinc has the same quality as primary zinc. 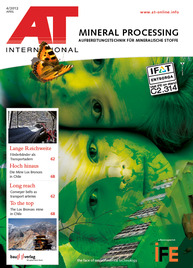 New hoist for one of the worlds largest zinc reserves

With the Zinc Expansion Project, Lundin Mining expects to expand production from the existing mining areas and from the deeper, higher-grade zinc deposit Lombador Phase 2 (LP2). In May 2017, Lundin...

The European mining industry has a lot happening, and not only in the resource-rich Scandinavia; Eastern Europe is promising too. For the first time in 2015, Hungary will invite bids for coal mining...