CECE, the Committee for European construction equipment industry, has hired a new Secretary General as of the first of July. It secured the commitment of Sigrid de Vries, partner in the public relations agency Quick Communications, to represent the sector towards the EU institutions and manage the association’s Brussels office. The new Secretary General succeeds Ralf Wezel who leaves, after a twelve-year tenure with CECE, in order to undertake new responsibilities within the industry association VDMA in Frankfurt. Sigrid de Vries is an experienced EU governmental affairs and communications professional, who served many years as director of communications at ACEA (the European Automobile Manufacturers Association) in Brussels and later led the institutional relations activities of CNH Industrial in Europe.

Eric Lepine, president of CECE and Managing Director of Caterpillar France SAS, welcomed the new secretary-general to CECE and thanked Wezel for his commitment. 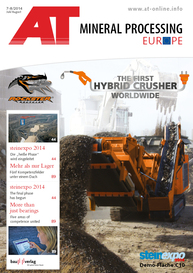 On 8 May, Riccardo Viaggi started his role as the new Secretary General of CECE. CECE secured the commitment of Riccardo Viaggi to represent the sector towards the EU institutions and manage the...

As of January 1, 2014 Eric Lepine, General Manager of Caterpillar France SAS in Grenoble, is presiding CECE, the Committee for European Construction Equipment, for the coming two years. Eric Lepine...

Should the association be open to a membership without tariff commitment in the future? This was the basic decision open to the members of the Employers Association of Mineral Building Materials...

CECE co-hosts a digital construction seminar in Brussels together with representatives of the construction industry value chain  FIEC, EBC and CPE. The workshop will take place from 16:30 to 18:00...