With a new low-pressure compressed air station incorporating six speed-controlled, turbo-compressors work, the Weser-Metall GmbH lead works in Nordenham saves up to € 600 000 per year in energy costs. Key feature of the compressor is its sophisticated control: the control system uses the volume flow rate as the command variable and not, as otherwise usual, the pressure.

Weser-Metall specializes in the recycling of lead especially from scrap accumulator batteries and battery paste. Highlight of the compressed air station with a total of six novel oil-free low-pressure turbo-compressors of the variable speed drive type (ZB VSD) from Atlas Copco is its principle of operation. Instead of being pressure-controlled like conventional systems, it is controlled based on volume flow. And that in a range between 1 500 and 10 000 Nm3/h with up to 1.95 bar working overpressure.

The air supplied by the turbos is needed in the lead works in three shifts around the clock as process and post-combustion air. The process air is blown together with natural gas and oxygen through a lance immersed in the melt to keep the metallurgical process in the bath smelting furnace going (Fig. 1). Parallel to this, post-combustion air is introduced into the furnace chamber above the smelting bath to ensure that no reactive components – e.g. non-combusted natural gas – finds its way into the flue gas.

When in 1996 the Nordenham Lead Works switched from a coke-fired shaft-smelting furnace to a much more environmentally friendly natural-gas-fired bath smelting furnace, initially a two-stage turbo-compressor (1st stage 0.82 bar; 2nd stage 2.8 bar) was installed for the generation of process and post-combustion air. Control based on the blow-off valve, however, used up too much energy. Despite an absence of references for the new ZB turbo-compressors with variable speed direct drive from Atlas Copco, the company opted for this solution as the speed-controlled low-pressure compressors easily offered the greatest potential for saving energy.

Working together with those responsible at Weser-Metall, the Atlas Copco project engineers drew up the concept for the configuration of the new compressed air station. The biggest challenge was, as they explained, using the volume flow – and not the pressure – as the command variable for control of the compressors. Another requirement was to connect the higher-level, self-contained control system for the entire compressed air station, which operates as an isolated solution, with the electronic controls of the individual compressor modules so that these operate without any problems and communicate with each other. Top priority for all operating states was to control the plant at the optimal energy-efficient operating point. For this purpose, the individual modules must be intelligently switched on and off at the right times.

The result is today’s compressed air station with exclusively speed controlled compressors. The process air is now supplied by four ZB 160 turbos, each with a maximum volume flow of 3 350 Nm3 and up to 1.95 bar overpressure; the post-combustion air comes from two ZB 100 VSD turbos, each of which can supply a volume flow up to 4 650 Nm3 and reach a maximum of 0.8 bar overpressure. The interaction of the turbos is regulated by a higher-level control system that also ensures balanced operation of the machines and is tied to the process control system of the bath smelting furnace.

Asked about the biggest advantages of the new ZB compressors compared to the predecessor system, which is still installed as a back-up system, Dipl.-Ing. Timo Tesch, Manager of Design/Process Control/Auxiliary Operations at Weser-Metall GmbH pointed out the following four aspects:

• Compact modular design of the entire plant (Fig. 2), with installation on a platform at a height of 14 m above the all compressor within one day

• Low-wear, oil-free of the compressors 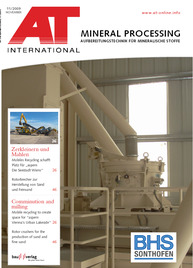 If you want to reduce the energy costs of your compressed air supply, you should take a look at your dryers as well as your compressors. Cost savings are possible with variable-speed refrigerating...

Relying on experience in the design and production of rotary lobe blowers since 1868 and screw compressors since 1943 Aerzen has continually set new standards for quality and innovation in the field...