Changes are on the horizon at the top of the Endress+Hauser Group (Fig.). With effect from 1 January 2014, Klaus Endress, who has led the Group since 1995, will take his seat in the Supervisory Board. The new CEO will be Matthias ­Altendorf, until now Managing Director of Endress+Hauser’s largest plant in Maulburg, Germany, and since 2009 also a member of the Group’s Executive Board. 45-year-old Altendorf has spent his entire working life at Endress+Hauser.  A successor for him has also been found. Effective from 1 January 2014, Dr. Andreas Mayr is to be the new Managing Director of the competence center for level and pressure measurement engineering in Maulburg, Germany. 51-year-old Mayr holds a PhD in physics. He has worked for Endress+Hauser in Maulburg since 1998. As Director of Technology, he has been a member of the management team since 2010.

www.endress.com
This article appeared in 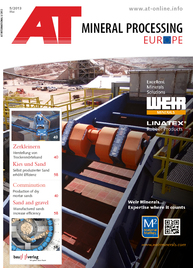 Changes in the management

There is a change in the executive board of the Endress+Hauser Group. Two experienced managers have been appointed members of the supreme management committee of the group of companies with immediate...

Changes in the management

There is a change in the executive board of the Endress+Hauser Group. Two experienced managers have been appointed members of the supreme management committee of the group of companies with immediate...

The Endress+Hauser Group is further enhancing its quality measurement portfolio through the acquisition of IMKO Micromodultechnik GmbH effective 1 October 2017, a manufacturer of innovative moisture...