T‌he siblings Judith Deitert and Jonas Wissing have joined the Management Board of PFREUNDT GmbH and now form a management trio together with their father Ludger Wissing. Ludger Wissing has been Managing Director of the Südlohn-based family business, founded in 1979, since 1995. His daughter Judith Deitert and his son Jonas Wissing had initially planned a different professional future. Over time, however, they got to know the company better and better. After a trial year together, it was then decided for both of them to take over the management of the family business.

Judith Deitert and Jonas Wissing have joined the Management Board of PFREUNDT GmbH
© Julian Schäpertöns
Judith Deitert has been working at PFREUNDT since 2011 and initially supported the HR and accounting departments in her early days. At the same time, she completed a part-time further training course to become a HR specialist and then studied Business Administration, also part-time. Jonas Wissing initially completed a degree in geoinformatics. However, when the desire to take over the management of PFREUNDT grew, he reoriented himself thematically in the direction of business informatics. In addition to his studies, he also supported PFREUNDT’s telephone support.

The two siblings are looking forward to their new task and the exciting challenges in the future. Together they will continue to develop the successful corporate strategy and further expand the international marketing of PFREUNDT weighing systems in close cooperation with PFREUNDT’s worldwide representatives. They will also invest in the Südlohn site. A second floor will be added to the office building before the end of this year and the neighbouring property has also already been acquired to enable further growth in the future. 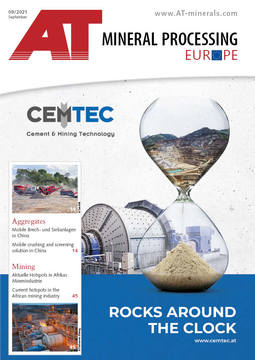 Previously, customers could only choose between different scale models with defined technical features. Now these days are gone, since October 2017, PFREUNDT customers can choose from a broad range of...

Based on Südlohn, Germany, Pfreundt is one of the worlds leading providers of mobile weighing systems. Its spectrum of products includes mobile scales for construction equipment, like wheel...

Since January 2017 Benjamin Hägele has been supporting the management of the Hägele GmbH as 2nd Managing Director, in addition to his father Karl Hägele. From 2009 to 2011 Benjamin Hägele lived in...

A generational change took place at the helm of HAVER & BOECKER in Oelde/Germany on January 1, 2014. Florian Festge and Dr. Fabian Festge took over responsibility for the management of the Machinery...