L‌ast summer, the Kobelco SK850LC-10E celebrated its German premiere at the Karl Group in Lower Bavaria. Since January 2021, the Karl Group from Hengersberg near Deggendorf has been demolishing the former BMW plant 01.01 in the Schwabing-Freimann district of Munich. The major project, commissioned by a Sedlmayr Group company, includes the demolition of around 460 000 m³ of building volume, the professional handling of all construction and residual materials generated, and the construction-ready preparation of the building sites for large-scale residential and commercial development. Work on the approximately 10 ha site, which will extend the new residential quarter planned for a total of 15 000 inhabitants on the site of the former Bayernkaserne barracks to the east, is scheduled for completion by January 2022.

In addition to a high level of personnel deployment with more than 100 of his own and contracted specialists at the peak, Karl also relies on heavy equipment: Up to 10 tracked excavators weighing more than 30 tons work in the demolition of the max. 15 m high multi-story reinforced concrete buildings and steel construction warehouses as well as in material logistics with separation, certified processing and disposal of all construction and residual materials directly on site. Right up front, the 85-ton Kobelco SK850LC-10E excavator.

Full power on the arm

Since June 2020, the top model of the European Kobelco line has supplemented the Karl excavator fleet with over 75 machines ranging from 0.9 to 130 tons operating weight. In addition to applications in heavy excavation with 5-m³ backhoe buckets, the SK850LC primarily takes on tasks in primary dismantling with heavy add-on concrete shears or crushers thanks to its highly efficient hydraulic equipment. Equipped with an 8.25 m standard boom and a 3.6 m arm, the Kobelco flagship offers outstanding values already on paper with a breakaway force of max. 403 kN and a max. ripping force of 311 kN, which Karl excavator operator Franz Bartik fully confirms: “Shortly after delivery by EMB, we carried out our own lifting tests – with a good 15 tons on the arm at full extension of 10.5 m, the 850 was again just under 500 kg above the factory specifications.”

While this enables high tool weights from the outset in demolition practice, a power-optimized design of the drive and hydraulics is required in order to cope with the enormous power requirements of the concrete shears or crushers weighing up to 8 tons without restrictions in the working cycles or massively increasing consumption values. “The 380 kW output of the EU V six-cylinder from Hino and the two Kawasaki main pumps, each with 504 l/min, provide sufficient hydraulic power at all times, even when the largest Karl shear fully calls up its 650 l/min at 350 bar,” emphasizes Sebastian Ellinger, co-managing director and technology expert at the southern German Kobelco dealer and long-time Karl supply partner EMB Baumaschinen.

Almost more important than the power peaks, however, are ­Kobelco-specific controls for the boom and attachment hydraulics, which specifically avoid unnecessarily large oil quantities or working pressures. These include the patented boom intermediate flow system, which supplies the extending arm cylinder directly with oil from the boom cylinder purely by the weight of the lowering boom, or the different working modes of the excavator control system, which in addition to the three basic settings “H/S/Eco” offers up to 20 freely configurable programs for a wide range of attachments. This allows, for example, the hydraulic pressure to be reduced in a targeted manner when opening the concrete shear: The power not required is immediately available to the other circuits for fast lifting or slewing or ensures documented low consumption values in attachment operation.

“After around 1200 operating hours now, our Kobelco SK850LC presents itself as a very well-balanced machine concept and convinces with pleasingly low operating costs,” judges Günther Karl Jr. “Even in use with our heaviest attachments, the 85-tonner has a consumption of between 44 and 48 l/h, which is very impressive in this class. In terms of reliability, too, the big Japanese truck once again fully meets our expectations,” says Günther Karl Jr.

The southern German dealer EMB Baumaschinen also played a major role in this, as it also implemented special customer requests for the Kobelco SK850LC-10E beyond the extensive standard and additional equipment ex works. The almost three-month “customizing” at the EMB site in Neukirchen included, among other things, the driver-friendly tilting function of the original cab, the installation of additional pressure compensators for even more controlled hydraulic management and the equipment with an onboard compressor.

Günther Karl Jr. also gives good marks for service: “If something unexpected happens, EMB reacts quickly and reliably. For this reason, the company decided on the flagship as its German premiere shortly after the first presentation of the new 85-tonner at the last bauma. Now the Karl Group is following up: Delivery of the second Kobelco SK850LC-10E is planned for July 2021, again by EMB Baumaschinen. In addition to the customized conversions, the package this time also includes a 5.4 m additional arm, which further increases the reach and height of the machine (approx. 15.5/12.5 m). 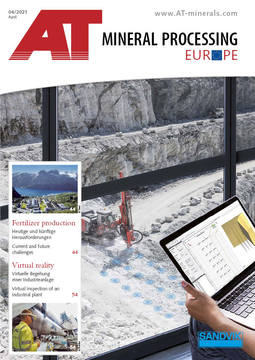 Kobelco Construction Machinery Europe B.V. (KCME) announced the arrival of the SK130LC-11  a Japanese manufactured excavator that extends Kobelco quality, economy and reliability within the 12-14 t...

H?and Baumaschinen delivered the first Swiss Kobelco five-tonner of the new generation to Baumann Epp Bau AG in Uri. The Kobelco SK530LC-11 proves itself in the demanding direct mining of...

In early November 2014 at the World Demolition Summit in Amsterdam, the wholesaler for construction and handling machines was presented with the World Demolition Award 2014 for the development of...