Klaus Paul has 40 years’ international experience as a heavy engineering professional. After having completed his engineering degree in process technology he remained with the same company, which has been known since 2016 as thyssenkrupp Industrial Solutions AG. Klaus Paul worked in various capacities in different locations, spending many years in Iran, India, Spain, Venezuela and China. From 2012, he was with Uhde OOO, a subsidiary of thyssenkrupp AG in Russia, first as Director of Project and Site Management, and later as one of the Managing Directors of Uhde/OOO thyssenkrupp Industrial Solutions Russia. 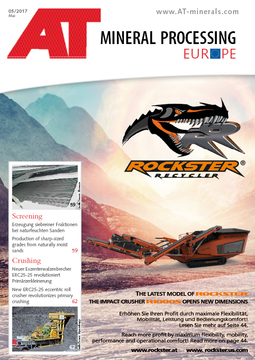 After a career spanning 47 years, the last six of which were spent as a successful Managing Director of SCHADE Lagertechnik GmbH, in Gelsenkirchen/Germany, Karl-Heinz Fiegenbaum was given a fitting...

Since 1st of February, 2015, SCHADE Lagertechnik GmbH in Gelsenkirchen has a new Technical Managing Director: Dr. Christoph Seifert (Fig.) is responsible for Engineering, Project Management and...

The BEUMER Group has increased its staff at management level and appointed Dr. Detlev Rose as new Sales Managing Director (Fig.). The 51-year old manager will be responsible for the global planning,...