Loesche GmbH in Düsseldorf received a follow-up contract for a coal mill, of the type LM 28.3 D, which is the same type of coal mill already successfully deployed by RWE Power AG in Niederaußem. In July 2012, RWE Power in Essen commissioned a new vertical roller mill from Loesche (Fig.). The second coal mill was install in Ville/Berrenrath and should increase production of pulverized lignite dust at this location by 500 000 t/a. The plant mills dry lignite to grained fuel. The first preparatory work for construction of this technically demanding project started in May 2011. Numerous companies from the region were involved in the construction of the new plant.

Loesche GmbH received the contract for the delivery and assembly of the coal mill from the upper edge of the foundation. Apart from the technology and the complete process equipment it also included the preparation of the complete mill building as the general contractor. The Loesche GmbH has numerous prestigious references as well considerable experience and fundamental know-how in the dry-grinding process of solid fuels and the milling technology with all its associated components. The expertise of RWE Power engineers and partner companies were called for with the planning and construction of the new milling plant on the Knapsack Hill: The plant had to be structurally integrated into the existing operation. Additionally, six tube dryers and various production techniques for the dust production were modernized and the existing loading facilities were expanded to include an additional silo for the dust transportation by truck. An identical vertical roller mill has already been in operation at the location since the end of 2008 in Fortuna-Nord. The work proceeded according to plan so that the Loesche coal mill LM 28.3 D could be put into operation after only 13 months of construction.

www.loesche.com
This article appeared in 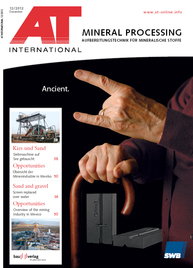 Start of production with Loesche Mill

A coal mill for the injection of pulverized coal

In November 2011 Loesche GmbH obtained a contract for the first ever 4-roller coal mill for the injection of pulverized coal into a blast furnace (PCI technology). The Loesche Mill Type LM 43.4 D has...