A‌ severely worn discharge hopper used in a concrete plant was brought to PUCEST® protect to reanimate it. Corrosion had weakened various parts of the hopper wall. Bulk solids impacting against the wall had eventually torn holes in the hopper and broken off bits from the edge at the transfer point. Before the hopper was brought PUCEST® protect, first aid had already been administered, the holes having been sealed with welded-on wear plates. Steel plates had been welded to the interior wall to protect the hopper against wear, but, of course, these eventually succumbed to the severe stresses to which they were exposed.

To reline the hopper with the PUCEST® wear protection plates, it was first necessary to detach and remove the steel lining from the basic body. As the steel lining was not only bolted, but was also welded to the body of the hopper, removal was a very laborious and costly process. The large-size steel plates had to be flexed into smaller segments before these were subsequently pried out. Then work began on preparing the interior wall for lining with PUCEST® wear protection plates. To ensure the base was as smooth as possible, any remaining concrete and welding seams were removed. First, these were removed roughly, a job that could be done in the workshop. For removal of the fine particles and smoothing of the surface, the hopper had to be taken out to the yard because the dust exposure inside would have been too high.

Then the employees measured the hopper to make a template for cutting the 12-mm PU-based PUCEST® wear protection plate with perforated aluminium plate by means of a jigsaw. Once it had been cut, it was fixed to the base plate with screw clamps to drill holes ready for bolting the base material and the PUCEST® wear protection plates. In order not to hit any welded-on elements on the outside wall of the hopper, precise measurement of the boreholes was necessary.

On account of the size of the hopper, two employees were needed for bolting the plates. One was inside the hopper to tighten the bolts and the other outside the hopper to hold the nuts against them. Lining of the hopper proceeded quickly and followed the same work steps: Making templates, sawing the PUCEST® wear protection plate, measurement and setting of the boreholes and in the last step the bolting of the two materials. To prevent any bulk solids sliding under the plates, precision work was essential. Every small hole had to be sealed. To guarantee this, during measurement, fitting and bolting, a high precision fit was ensured. 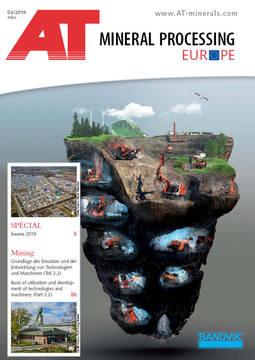 In the bulk solids industry, material often has to be filled or discharged quickly and therefore at comparatively high flow rates. The material is directed onto defined impact zones and flows on from...

Reparable wear protection PUCEST® products are cleverly devised innovations completely co-ordinated to work in the field to perfectly meet the needs of the industry. They are developed as real...

With protection against wear and corrosion, it is possible lengthen the lifetime of machinery and equipment, save costs and prevent production outage. For optimal wear protection, the quality of the...

PUCEST® invites to its in-house fair

After the première last year and the resulting very positive response, PUCEST® protect GmbH will start its second in-house fair. On 11 October 2016 the in-house fair will offer visitors the...