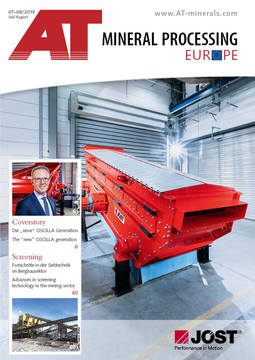 Continuous expansion, high quality standards as well as short delivery deadlines made such a step necessary for the manufacturer of mobile crushing and screening machinery, Kormann Rockster Recycler...

In addition to excavation and earthmoving work, processing construction waste and natural rock is another core component in Nierlich GmbHs range of activities. To guarantee the flexible processing...

For more than a decade the Austrian manufacturer of crushing and screening plants Rockster Recycler is represented on the market and has already built up a respectable dealer network. To connect these...

In 2009, TRUMMER Aufbereitungs GmbH, a company based in Hof near Straden not far from the Slovenian border, processed more than 850?000 t recycling material and aggregate with the help of its modern...

For over 10 years the processing of building material debris has been an important area of activities at Rössner Bau GmbH. Up to now they have rented crushing plants to carry out such orders. During...