To deliver the power needed to extract heavy rock, heavy-duty construction vehicles guzzle a fair bit of fuel. Diesel consumption is one of the biggest cost items in operating costs. Extraction companies therefore do all they can to minimize fuel consumption per tonne. The approach Rheinkalk, a company in the Belgian Lhoist Group, has chosen: new technology in the form of two Cat 777G off-road dumper trucks in combination with a 992K wheel-loader for working at the quarry face as well as a Cat 988K for reclaiming for its Flandersbach plant in Wülfrath. These machines are intended to ensure the efficient and low-cost loading and transport of raw material in future.

The company is hoping for a notable improvement from one series of construction machines to the next, when, as in this concrete case, the advantages of the latest engine technology take effect and fuel consumption has been reduced even further. Just like the Cat 988K, the off-road dumper trucks are fitted with an engine on the basis of EU tier IV – its bigger co-worker, the 992K, is based on a low-emissions C32 Cat Acert engine.

“In the long term, it’s our goal is to align resources such as equipment, vehicles and human resources perfectly with each other so that we can optimize workflows and processes so as to better control and increase our high level of quality,” explains Alexander Graef, Operations Engineer in Extraction. Together with Alexander Ihl, Chief Operations Engineer in Extraction, he is working on a solution tailored precisely to the company’s requirements. They have to take account of the fact that limestone from the two extraction sites Silberberg and Rohdenhaus is mixed to produce products of a high and, above all, consistent quality. Management is based on a long-term extraction plan derived from intensive exploration of the deposits. All extraction and loading machines are equipped with a GPS system. So the employees always now what raw material grade is being loaded by the wheel loader and the off-road truck drivers know precisely which loading and dumping points they have to call at. The quarry master can plan the different loading points precisely and in this way control precisely the mixing ratio needed for the crusher.

So that the deployment of the construction machines during loading and transport does not lead to unnecessary fuel consumption, Alexander Graef and Alexander Ihl keep their eye on one parameter in particular: no-load operation, which they want to reduce. For this incurs unnecessary costs – not only because fuel is consumed without any actual benefit. The service intervals come around quicker when the operating hours counter keeps running. And this means the guarantee runs out earlier, too.

“When this phenomenon is repeated spread over the entire day, it is necessary to ask what causes it. Are the trucks synchronized correctly? Do the roadways need improvements? Is the loading equipment too small, perhaps?” says Bernhard Tabert, responsible for fleet management at Zeppelin, throwing up the questions. In this function, he is regularly confronted with such. “But for the industry, the actual no-load operation includes abnormal no-load operation which has nothing to do with straight production,” Tabert explains. Here the intervals last between 0 and 300 min. This includes, for instance, the warming up of the construction machine in the morning or because the machine is not switched off because of the air conditioning or heating. “Companies have to get over to their staff what consequences abnormal no load operation has, because a lot of drivers don’t know what one hour of no-load operation costs. There is often no awareness,” that’s the experience of the Zeppelin product manager when he investigates the no-load operation times for customers.

Here the fleet management developed by Cat that Zeppelin introduced in the form of Product Link in 2012 can help. The activation rate currently lies at over 12 000 Cat machines in Germany, delivered with an appropriate box from which the relevant data can be called up. At present, around 3000 users are using it, Bernhard Tabert reports. With Vision Link, the Internet-based software, the data is evaluated and clearly displayed – an approach Rheinkalk is also interested in. After all, it is one method to record the no-load operation and thereby lower fuel consumption.

Caterpillar itself has conducted a pilot project for a year under the title “Fuel Site Assessment”, to show customers in the extraction industry a package of measures for diesel saving, by analysing processes and workflows in various quarries. Here, the focus was on mass movement like extraction at the quarry face, material transport to the crusher, reclaiming and any overburden work.

What was derived from this were various modules that have to be looked at – above all, the above-mentioned no load operation. The goal of the project was to determine how much less fuel is consumed when the no-load operation times are reduced by 5 %. “We were able to measure that there is a direct connection between no-load operation times and diesel consumption and derive guide values, which, however, differ from extraction operation to extraction operation,” says Peter Sauter, who has been with Caterpillar in Geneva for 20 years and is a specialist for stationary industry within EAME.

The drivers have a big influence on the no-load times. “We have run tests with an inexperienced and an experienced driver. A difference of 20 – 25 % was revealed,” explains Sauter. That the drivers have a big effect was also confirmed by Alexander Graef. So that the employees have the same level of knowledge, regular investments are made in training at Rheinkalk. If new machines are introduced into operation, like the new dumper trucks and wheel loaders, induction training by Zeppelin is obligatory anyway. Moreover, the correct choice of machine and which system is applied make a big difference. In the case of Rheinkalk, which relies on the load and carry system and has oriented its loading cycles to the 992K and 777G, there is no need to do anything. The two types of machine are geared to each other to generate full machine load capacity and minimize loading times.

With regard to the question of suitable equipment, the Cat distributor provides advice – for Rheinkalk, the distributor is Zeppelin. Stefan Lanio, branch manager, and his colleague Stefan Pick, Regional Sales Manager, both based in Cologne, have looked after the company for years and therefore know the company’s requirements in and out. Before a purchase, there are always many questions to resolve, the different possibilities have to be weighed up with the customer with regard to whether new types of construction machines can cope with the geological conditions. The preconditions for extraction have to be right – this includes, for instance, roadways and their condition. “It makes a big difference in what condition and where the loading points are, whether you’re loading on a slope or on level ground or have to travel long transport routes,” says Stefan Lanio.

And that’s exactly what it’s about at Rheinkalk. In the course of the years, extraction at Wülfrath has progressed steadily so that the trucks have to travel further and further and are loaded from lower-lying levels. A logical consequence is that diesel consumption is going up. “Something that severely affects fuel consumption is wear to the tyres. The tyre pressure also has an effect. As soon as the tyres have to overcome higher resistance, the fuel gauge drops downwards,” says Peter Sauter, who recommends tyre monitoring. And what the Caterpillar pilot project also revealed: the quality of the diesel is important and the filling process – it should be as clean as possible. 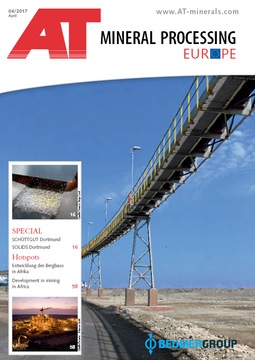 A new weighing system renders Cat Series M middleclass wheel loaders even more efficient when it comes to loading and transport, which require meticulous control and optimization of the bucket...

O?n average, 195 t limestone is transported from the loading point to the tipping point. The material is transported by three new Cat 775G off-road trucks in single-shift operation at Wiesenhofen...

Whether a shovel excavator or backhoe excavator is used to extract material depends essentially on the prevailing geology and extraction technology. At the diabase quarry of Reichenbrecher & Rentsch,...

J?ust now, four generations of Cat 988 wheel loaders can be found at the Bettenfeld site of the quarrying company Steinbruchbetrieben Hohenlohe Franken (SHF)  they comprise a 988F and 988H, each...

The goal is to move as much as possible and as cost efficiently as possible, whether this is for large-scale earth-moving, unloading ships or moving overburden. For such jobs, LFT Lüdeke, a...