It was an epic ten-week journey, covering a staggering 13 000 miles by road, river and sea – but 29 hard-wearing Terex Trucks have arrived at the jade mines of Myanmar to work on one of the most remote and challenging terrains to be found anywhere.

Believed to be the bringer of prosperity and good fortune, Jade is an extremely valuable commodity in Asian cultures. Kachin State in northern Myanmar is home to some of the world’s highest quality deposits, known as jadeite. These are estimated to be worth up to 31 billion US$ annually, almost half of the country’s GDP, and are shipped overseas for use in jewellery and other products.

Much of the extraction of the jade deposits is done by “boulder mining”. This is a process where the overburden material is removed to expose the rocks below, after which the jade-containing rocks are separated, washed and processed to reveal the pockets of precious jade inside. The extraction process is far from easy. It’s a tough job for robust, reliable equipment. That’s why, when three local mine operators needed additional hauling machines to take on the job of transporting thousands of tonnes of blasted rocks and earth 2 km or more from the mine to the processing plant, they called on Terex Trucks.

In for the long haul

Choosing the right trucks for the job was the easy part. The real challeng was, transporting the machines over 13 000 miles from the manufacturing plant in Motherwell/Scotland to the isolated mines of Phakant in Kachin State, northern Myanmar. What followed was a mammoth expedition by container ship, barge and road that took the trucks a total of two and a half months for the trucks to complete.

The first part of the journey, which took five weeks, saw the trucks assembled and packed in Motherwell before being transported 9000 nautical miles (16 668 km) to Yangon, via Singapore by containership. Once in Yangon the trucks were transferred to three barges, with a maximum of 10 per barge (Fig. 1). “Loading the trucks onto the barges was no easy task,” says AHM Heavy’s Marcus-Zaw Naing Oo, a Terex Trucks dealer since 2013. “To avoid sinking the barges and trucks they were loaded in a shuffle sequence to maintain the barge’s balance until all machines were in place. Water levels were critical at this point. If the water level is too low, it cannot support the barge and its cargo. Too high and with a fast flowing river, it’s unsafe and we risk the barge and trucks being swept away.”

Once loaded safely the trucks began their journey along the Uyu River to Phakant’s closest port, Kathar. This part of the journey, just under 600 miles (966 km), took a further 3 weeks. Once disembarked the final leg of the journey – a mere 120 miles (193 km) – took just 3 days, with the trucks driving to the mine site’s equipment yards in Phakant. But even this part of the journey was difficult. “The trucks were delivered during Myanmar’s wet season,” says Marcus-Zaw Naing Oo, “so the roads were often flooded and very muddy, but thanks to their excellent traction the trucks were able to cope with the conditions and we completed the journey relatively easily.”

Safely arrived at their final destination (Fig. 2), the machines were then tested and commissioned by AHM Heavy’s Terex Truck trained engineers to the satisfaction of the clients. With this process completed the trucks were then registered with the Myanmar Government. This new registration scheme takes three to four weeks and is required of all existing and new equipment operated at the country’s mines. “The trucks are now fully up and running, working almost 24/7”, says Marcus-Zaw Naing Oo, only undergoing scheduled stoppages for planned maintenance and servicing. The new trucks are only operational during Myanmar’s dry season, which runs from roughly November to May. For the remainder of the year, they are stood down. 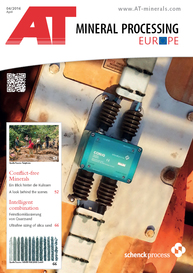 Terex Trucks to present the old and the new

Terex Trucks is set to return to Hillhead once again  this time, to showcase the latest TA300 alongside the vintage R17 hauler. Based in Scotland, Terex Trucks has been building robust haulers at...

Terex Trucks is set to pull its weight at the Hillhead show with its Generation 10 TA400 (Fig.) articulated dump truck and proven performer TA300 both taking centre stage. Visitors to the Terex...

I?n a small village in Indonesia, 10 TA400s are removing huge volumes of overburden from a coal mine. With the articulated haulers working for up to 18 hours a day, this five-year project is...