Twenty-five years ago, the present-day Media Center at the TU Bergakademie Freiberg University of Resources, together with a firm of printers, translated into practice the idea of demonstrating the skills of the newly founded printing house by publishing a calendar on a range of different grades of paper. The unifying theme selected was that of mining in Saxony. The unexpectedly warm response and the acclaim accorded to the first calendar resulted in the continuation of this project.

True to its title, the calendar was regionally focussed on Saxony, and centred consistently on the significant mining history of the Erzgebirge range of mountains. The appellation “Original Saxon Mining Calendar” was adopted to distinguish the publication from others which, in the course of time, featured the same subject. The original calendar has now become a collector’s item, much sought after by both individuals and by libraries and archives - the result, in equal proportions, of the excellent and in most cases previously unpublished photographs, and of the calendar’s elegant layout and outstanding print quality. The calendar remains to this day a popular gift for presentation by numerous associations to their members and associates, and by commercial companies to their employees and customers.

Twenty-five years of the Mining Calendar also mean twenty-five years of continual change in photography and in image processing, in layouting and in printing – encompassing no less than the tran­sition from analog to digital techno­logy. Now, to celebrate the ­anniversary, a look back is taken, as a reference point, at the individual motifs ­featured during the past twenty-five years, from the mining of mineral resources up to their processing and use, from art to science, all in the form of powerful photographic images.

The 2018 Mining Calendar can be ordered at a price of 25 € per copy from the online shop at www.bergbaukalender.de. Dispatch takes place worldwide, within Germany free of charge, outside Germany at the respective DHL postal charges. 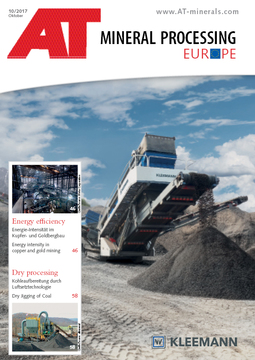 The new large-format mining calendar has arrived  accompanied this year by a highly practical MINI pocket mining note + appointment book!   This is the 26th edition of the Original Saxon Mining...

The next conference on Processing and Recycling will take place on 8 and 9 November 2017 in the auditorium of the former FIA building in Chemnitzer Straße 40 in Freiberg. It is hosted by the...

The Freiberg Processing and Recycling conference will take place in the auditorium of the former FIA building at Chemnitzer Str. 40 in Freiberg on the 14 to 15 November 2018. The conference is...

The next symposium on the subject Shredding and Classifying  Manufacturing, Characterizing, Drying, Separating and Utilizing will take place in Freiberg/Saxony at the Institute for Processing...

The Freiberg Processing and Recycling conference will again take place in the auditorium of the former FIA building at the current location of the Helmholtz Institute for Resource Technology (HIF...