The effects of the 2009 economic crisis have been felt at Endress+Hauser, with sales dropping for the first time in the company’s history. But the international Group with headquarters in Reinach, Switzerland, remained profitable during the past year, the financial power of the family-owned business even increased. The number of employees stayed virtually unchanged during the crisis. After a good start in 2010, Endress+Hauser expects sustained recovery and considerable growth.

Speaking at the Annual Media Conference of Endress+Hauser AG in Basel, CEO Klaus Endress (Fig.) said the company had “experienced one of the most difficult years in its history”. Net sales of the Group fell to 1.096 billion € in 2009 (-9.5 %). The number of employees remained virtually unchanged, with a staff of 8 419 worldwide at the end of 2009 – only 15 fewer than the year before (-0.2 %). The setback was particularly painful in the chemical industry, one of the company’s mainstays. The slump in sales was heftiest in the established industrialized countries such as the United States, Germany and Japan. Business declined sharply in Russia, but recovered early – like in China, where sales reached the same level as 2008. India, Korea, the Middle East and Latin America showed positive developments. All in all, Endress+Hauser fared better than the process automation industry as a whole which shrank by 16 %. Endress+Hauser increased its R & D expenses to 94.1 million € (+6.0 %), accounting for 9.6 percent of net sales. 200 patent applications – as many as in 2008 – demonstrate the company’s unbroken powers of innovation. 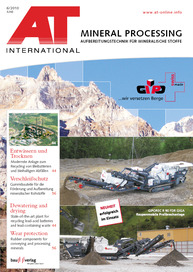 Staying profitable in spite of drop in sales

The effects of the 2009 economic crisis have been felt at Endress+Hauser, with sales dropping for the first time in the companys history. But the international Group with headquarters in Reinach,...