Kiruna is situated north of the Arctic Circle and is roughly a 15-hour train ride away from Stockholm. It is Sweden’s northernmost town and arose as a settlement for the mine of the same name. Here, in the world’s largest underground iron ore mine, for around 120 years government-owned mining company LKAB (Luossavaara-Kiirunavaara Aktiebolag) has been extracting some 27 million metric tons a year of the sought-after raw material. The Guardian once reported that this amount could be used to build six Eiffel Towers a day1. And most constructors in Europe using iron ore opt for the superior-quality Kiruna magnetite, which has an iron content of 60 to 70 %. But LKAB also exports the material to markets all over the world. The crude ore in Kiruna is used to manufacture 15 million metric tons of finished products, and the material is mostly shipped in the form of pellets. The Swedish Ore Railway is used to transport it to the ports of Luleå and Narvik in Norway. At the loading station the trains tip out their freight, where conveyor belts either transport it to stockpiles or directly to the ships.

Kiruna uses conveyor belts from ContiTech to ensure that the ore is conveyed from depths of up to 1365 m safely to its destination. The company also uses ContiTech technology in Narvik as well as at LKAB’s third-largest site, Gruvberget open-pit mine in the Svappavaara ore field. In a complex operating setting like a mine, conveyor are used to supplement key equipment such as mills, furnaces or pelletizing plants. Just like blood vessels in the human body, they keep the whole mining process running. Conveyor belts are used for anything that needs to be transported quickly and continuously. In harsh working conditions, they cope with huge height differences and considerable distances.

In Kiruna, there are around 350 individual conveyor systems making up a 21-km-long conveyor. This is the same distance as a half marathon – the difference being that this equipment runs around the clock. And that’s not the only ultimate sporting performance. These conveyor belts transport 90 million metric tons of material a year. If a belt breaks down as a result of damage, this can result in an extended period of downtime for the faci­lity. By the same token, if the entire production chain collapses this can engender considerable sales losses for the operators.

Win-win situation for all contractual partners

A special service agreement, which was signed between LKAB and the service provider Vertech AB in close collaboration with ContiTech, is helping to remedy this situation. It ensures that all the conveyor belts at the site are functional at all times. This requires the presence of experts at the site day and night, seven days a week, to rectify any damage as quickly as ­possible. “Our conveyor belts are extremely hard-wearing, but there are of course instances where a defective belt piece needs

replacing. Which is why we stock the relevant replacement parts in ­Kiruna. Every belt type is available in any required length, width, fabric and strength class. The longest belt sections in stock are 600 m long. It would take weeks for us to first ­produce the belt and then ship it to the far north,” explains Daniel Grimes from ContiTech. Vertech supplies the fitters, ContiTech supplies the replacement belts and LKAB pays in öre, which is one-hundredth the value of the krona, per metric ton transported. The balance is settled at the end of the year. The three contracting parties then share any profits or losses. In this way, the service agreement benefits all sides and acts as an incentive for failure-free operations.

Partnership based on trust

It was ContiTech who engineered this unusual service agreement which requires exceptional trust-based, transparent and close cooperation between all parties involved. ContiTech ­conveyor belts have been in use at LKAB plants since the early 1990s. The first service agreement was concluded in 2001 and has proven to be a worthwhile undertaking to this day.

For LKAB, the agreement provides additional advantages as it gives the company a much better overview of the costs. A budget was created as of the agreement start date. This factored in the value of the belts, the installation costs, the site labor costs and the stockholding costs. The calculation also takes into account the theoretical average service life of the belts. If a belt fails prematurely, absolute transparency is required. Has the belt simply worn out before its time or were the pellets too hot and not cooled down properly? In cases of system failure, the contract partners do all in their power to get to the root of the problem. Is there room for improvement on the maintenance front or is the ­damage to the belt all part and parcel of the usual stresses of ­operation? Sometimes there are discussions. But so far an agreement as ­always been reached. This requires a willingness to compromise, trust and the desire to find a solution. At the end of the day, the contract partners are all pursuing the same goal: smooth running of the belts. This is absolutely critical for cost efficiency. Accurate records are also kept. Once every six months, LKAB, ContiTech and Vertech go through all the data and review performance. Where do we stand? Where could we improve training for the service technicians further? How do we fare on issues such as industrial safety and environmental protection? The contracting parties discuss these and many more issues as a team.

Fire safety: a must underground

ContiTech supplies belts made of self-extinguishing material. This is absolutely critical underground because pit fires have always been one of the biggest risks for miners. Burning conveyor belts could result in a fire with devastating consequences. But this will not happen in Kiruna. In the event of a fire, the ContiTech belts are self-extinguishing, which means that the flames are unable to spread along the whole length of the conveyor belt.

With expert advice, round-the-clock support for ­emergencies and an extensive service offer that covers every special case, ContiTech meets requirements for the highest levels of ­quality, safety and flexibility. After all, it is all about deriving the ­maximum benefit for the customer. 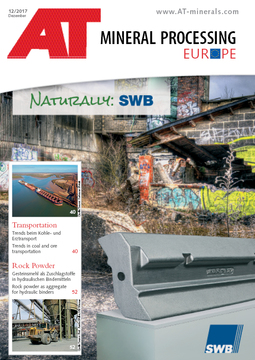