In the early days, Björn Kraus regularly hired screening and crushing equipment to complete the new jobs. Finally, in 2016, he invested in his own construction waste processing equipment. Simon Moers, the responsible sales executive at Christophel, helped Kraus make the right choice. The machine had to be mobile, ideal for processing asphalt as this makes up around 50 % of the material collected. Operation had to be very simple and the machine had to be transported with the existing 3-axle low loader. To meet these requirements, focus fell on the Rubble Master RM90Go!. The track-mounted impact crusher with an inlet measuring 860 x 650 mm was perfect here as the transport height of just 2990 mm and weight of 23.6 t fitted perfectly to the low loader. In addition, the high throughput rate up to 200 t/h depending on the feed material met the need for efficiency and cost effectiveness.

with the Powerscreen Warrior 800, the collected soil can now be screened at 8 instead of at 20 mm. This convinced Björn Kraus straightaway as he was immediately able to produce a product that he had previously always had to buy in.

The demand for hiring the crusher and screen grew in a very short time and it became increasingly necessary to produce qualified material grades on the construction sites. To meet the persistent demand, Björn Kraus replaced his RM90Go! at Steinexpo 2017 with a new machine, with the option of attached screen box and oversize recirculation.

In the meantime, the company employs 36 people and has an impressive fleet of machines: 16 lorries, 2 chain excavators, a mobile excavator, 7 mini-excavators, 4 wheel loaders, 2 low loaders, 2 rollers and a finisher are listed by Björn Kraus in his inventory. And naturally his processing equipment from Christophel. The complete fleet of machines together with operatives is also available for hire. Björn Kraus is satisfied with his business relationship with Christophel. When questions crop up, answers are given – no matter whether it is early or late or even sometimes on the weekend. And he also stressed he good supply of replacement and wear parts. 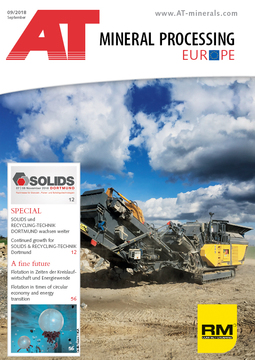 W?hen it comes to mineral processing, Udo Pfeiffenberger from the company Harry Pfeiffenberger has trusted Christophel, a firm based in Lubeck/Germany, since 1994. A look at the order history reveals...

Patented double screening machine DUO can be used as force screen and/or flexible-drive screen. Screen trays manufactured according to the Huckbolt system are convincing due to their absorption of...