R‌‌‌heinische Baustoffwerke (RBS) is a large sand, gravel and building materials producer with disposal capacities. In Hürth-Ville, RBS operates a modern landfill facility for mineral waste. In order to achieve efficiency gains with the truck scales on the site, RBS relies on an automated weighing solution developed by PFREUNDT, which is equipped with smart SysTec weighing terminals.

In their modern landfill facility in Hürth-Ville, Rheinische Baustoffwerke (RBS) relied on a system solution designed by PFREUNDT specifically for their operating requirements
© PFREUNDT GmbH

In their modern landfill facility in Hürth-Ville, Rheinische Baustoffwerke (RBS) relied on a system solution designed by PFREUNDT specifically for their operating requirements
© PFREUNDT GmbH
Overview of the system solution:

Four IT3 SysTec weighing terminals for truck scales in the container house of the landfill for weight recording and control of the scales, as well as two IT1 weighing indicators as an outdoor second display at the driver self-service terminals

Logging of the unloading position (storage of GPS data)

The customer benefit at a glance:

More throughput: no more queues at the entrance, as the trucks can be quickly dispatched by means of digital truck scales with self-service terminal

Seamless digital documentation of the disposal carried out on RFID cards

High reliability due to a self-sufficient system: the solution is designed in such a way that a power supply is sufficient should there be temporary failures of the online connection

Weighing 4.0 – the system solution from PFREUNDT

Automation is a central lever at RBS for becoming faster and more efficient. In the course of this, RBS relies on digital weighing processes. When designing and implementing the weighing solution for the landfill site in Hürth-Ville, RBS opted for a networked PFREUNDT system solution and the smart weighing terminals from SysTec.

“We developed the system solution specifically for the operational requirements of RBS. It covers all processes from the completely automated weighing process, including initial and secondary weighing of the trucks, to the material sample documentation during the tipping processes, right through to the commercial processing on exit,” says Mark Terbrack, application consultant and specialist for system solutions at PFREUNDT. “PFREUNDT has always had a high standard of innovation and quality – this is also appreciated by our customer RBS. The weighing electronics must meet this demand. That’s why we rely on SysTec weighing terminals: robust, digital, calibratable and a convincing operating concept.”

The two truck scales at the entrance area of the landfill operate with an automatic check-in. The truck drivers, who already have an RFID card from RBS with recorded master data for the loaded material, can simply hold it up to the reader at the self-service terminal of the truck scale – there is no need to get out of the driver’s cab, the processes run quickly.

The unloading point, all order-relevant data and also the material to be dumped are displayed on the self-service terminal. The truck driver actively confirms the data at the terminal. At the check-in, an RBS employee can carry out a visual inspection of the loaded material using a camera and, if there is any suspicion, arrange for an unscheduled sampling of the load. For new customers who have not yet registered, an RBS employee issues a new card. The truck scales are equipped with a traffic light system. If the system is not ready for use, this is signalled by the flashing red light of the traffic light. When the scales are zeroed, the traffic light is green and the truck can drive onto the scales. After weighing, the truck starts to the designated unloading point.

There are defined classifications of materials requiring monitoring by the legislator. In accordance with the high safety requirements, material samples are repeatedly taken during the tipping process and checked by an RBS tipping supervisor. Each tipping supervisor has a mobile data recording device that reads the data from the RFID cards of the truck drivers via app and logs the unloading point via GPS coordinates. The tipping attendant checks whether the truck is at the correct tipping point. In addition, the date and time of the tipping process and the type of material are stored on the card. There is a random check of the materials. As soon as a sample is required, this is indicated to the RBS tipping supervisor on the mobile terminal – and the sampling starts with digital logging. 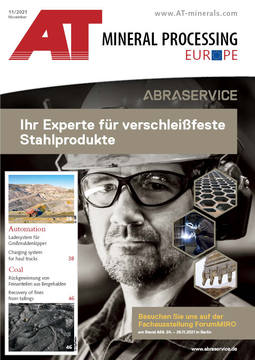 M?ibau Holding GmbH (Mibau) is one of the largest suppliers of mineral building materials in Northern Europe. With currently 400 employees, the company is active in seven countries and produces up to...

Truck scales and self-service terminals from OAS AG make logistics processes faster and more reliable. From identification of the delivering trucks through reading of the order data to the actual...

At bauma in Munich everything revolves around the topics of digitalisation, automation, sustainability and emissions reduction in the construction machinery industry. PFREUNDT, which has always been...

Based on Südlohn, Germany, Pfreundt is one of the worlds leading providers of mobile weighing systems. Its spectrum of products includes mobile scales for construction equipment, like wheel...