Powders make a lot of dust. Breathing in dust particles that cannot be broken down by the body can trigger inflammation processes in the lungs. It is currently under discussion whether titanium dioxide actually even has a carcinogenic effect on humans. So, the key is to avoid dust as much as possible. This can be done by transforming dusts into granulates. Another advantage of granulates is their improved dosing accuracy, since the risk of adhesion and sticking in batching systems can be ruled out. EIRICH mixing and granulating technology has been shown to be particularly successful when it comes to the production of granulates.

Many industrially used substances are made up of very fine particles. This can be caused by the manufacturing process, or it can be down to usage requirements, as is e.g. the case with pigments. Dust avoidance and good dosing accuracy can be achieved by transforming the dusts into granulates. One of the methods for transforming powdery substances into granulates is build-up granulation in mixers. In many industries this is done with EIRICH mixers. Depending on the material, it can be used to manufacture granulates ranging in diameter from 100 µm to 5 mm.

In sizes from 1 to 3000 liters, the EIRICH mixers used for granulating in batch mode or continuous mode have just one moving tool, the so-called rotor; the rotating container transports the material that is to be mixed to this tool. This means that there is no need for fast-running and fast-wearing choppers. The rotor can run at tool speeds of up to 30 m/s. This makes it possible to generate high shear forces and distribute liquids quickly. As a result, it is possible to produce a comparatively uniform granulate, and the range of grain sizes can be controlled within wide limits. If necessary, granulates can be coated with fluids or solids at the end of the granulating process, e.g. for hydrophobing. If organic solvents are used, explosion-proof versions of the mixers are available. Customer tests at the EIRICH test center have shown that, in some cases, it is even possible to granulate finely dispersed substances without the addition of liquids or chemical aids; examples of this include bismuth vanadate or zinc oxide.

With this technology, processors of titanium dioxide in particular now have access to a cost-effective method for exploiting the advantages of granulates over powders and preempting potential regulations relating to titanium dioxide dusts.

Companies who are interested can find out the best or most cost-effective conditions for a granulating process at the test center in Hardheim or at one of the other sites of the EIRICH Group. This is a simple way to verify the cost-effectiveness of the granulating process and criteria such as freedom from dust, flow properties and redispersibility. 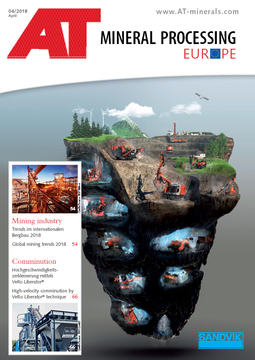 Recovery and recycling of dumpsite materials

D?uring the smelting of raw ore materials, dusts are produced that still contain small amounts of metals. In the past, these dusts were dumped in overground storage sites. For a long time it was not a...

T?he company has been manufacturing synthetic zeolite powders since 2002. The company has earned a good reputation among its customers in the areas of air separation and purification, petrochemical...

Titanium dioxide, the most important white pigment with the highest refractive index, is the top-selling pigment type for paints, varnishes, paper, and plastics. It is used, for example, for the...