S‌and manufacturer Kasprs Build Mate inaugurated a new plant for processing off-spec particles in Pune/India, in mid-2019. The centerpiece of the plant is the rotor impact mill from BHS-Sonthofen, which, in contrast to conventional VSI rotor crushers, even further reduces fine grain sizes. Kasprs can thus make use of off-spec material of other companies to produce high-quality Plaster Sand and Dry Mortar Sand for the construction industry. High economic efficiency goes hand in hand with the conservation of natural sand reserves.

K‌asprs Build Mate Private Limited is a company based in Pune in the Indian state of Maharashtra. The range of products includes sand, mortar, and concrete as well as bricks for the steadily growing Indian construction industry. Major projects in the mega-cities also require sand of the highest quality. Unregulated mining of this basic raw material leads to numerous environmental problems such as erosion, water ­pollution, and increased risk of flooding and drought. It is therefore essential to use this resource as efficiently as ­possible.

S‌and production using conventional VSI rotor crushers, as they are often used in India, produces a large volume of off-spec particles, which are 10 – 15 mm in size and remain in the circuit without being crushed any further. These off-spec particles can account for up to 35 % of the total volume. As they are of no more use to the sand manufacturers, they are backfilled. Kasprs Build Mate was looking for a way to turn this surplus material into high-quality sand as well.

H‌imanshu Mavadiya, Production Applications Manager at BHS India, identified the RPM 1513 rotor impact mill as the perfect tool for this task: “Our RPM 1513 delivers a targeted and very high crushing ratio, which has a consistent grading curve over the entire tool lifetime. It is therefore able to produce sand of the highest quality with an excellent particle shape from the surplus material of conventional rotor crushers.” The producer benefits considerably from this and, in addition, every ton of sand that can be produced from off-spec particles slows down the depletion of natural sand deposits.

B‌HS-Sonthofen has a modern test center where the material to be processed can be tested in advance in various machines. “In this particular case, we are dealing with basalt – a magmatic rock that presents some challenges,” says Mavadiya. “ The BHS experts in Germany were able to carry out tests using a rock sample, allowing them to select the ideal machine and determine the best settings, too.” The customer did not want to leave anything to chance in this project and therefore inspected the machine at the German production site. The key goal was not only to find the right technology for the application, but also one that stood out from competing suppliers in the Indian region in terms of quality.

I‌n the meantime, the sand produced by the BHS rotor impact mill has become a brand in its own right. “Customers have taken to calling this high-quality product Kasprs Sand. This name stands for an optimal, homogeneous particle shape. And despite the somewhat higher price, it has become a sought-after construction raw material, especially for ambitious projects,” reports Karwa. In contrast to naturally occurring sand, which often has to be shipped over vast distances and is sometimes of dubious origin, this sand is also a local product: The basalt rock mined in the vicinity of the plant has been made fully usable by BHS technology. 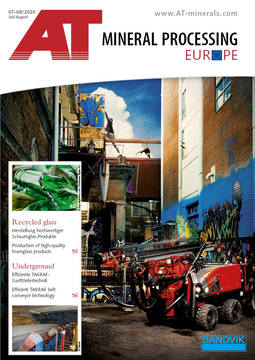 Production of high quality crushed sand in the Caribbean

T???he sand found in the high-strength concrete used to construct Dubai and Abu Dhabis prestigious buildings must be pure and the particle shape needs to be cubical. Since the large quantities of...

Rotor crushers for the production of sand and fine sand

Sand is a fundamental raw material component in the non-metallic minerals sector, as well as in the construction materials industry. In addition, sand is an important aggregate in concrete and mortar....