Where do we enter the value chain? Dr. Steinbach from the BGR asked this question in his outlook on the raw materials demand for future mobility and storage systems, considering Saxony to be well-positioned, up- and downstream.

Bernhard Kaltefleiter from the Verbundnetz Gas, Saxony’s largest company, illustrated the prospects of gas supply in Germany, while Peer Hoth from the BMWi outlined the state of the federal government’s new raw materials strategy. The commodities business’ high market concentration on few providers was recognized, and with this, the political and anti-competitive challenge resulting from it. Criticality is subjective, but obviously necessary to accentuate the topic in Brussels. The reduction of the amount of FGD gypsum, for example, will also be a new challenge if the power plants are disconnected from the grid. This renders the timely securing of natural resources inevitable. In his opinion, these national and international challenges are faced with an excessively cautious commitment by German industry, which causes growing concern among the Federal Government. The future raw materials strategy will be aligned with the three pillars of import, domestic production and recycling – united under the title of circular economy, while the cooperation at European level should be strengthened. The Federal Government is increasingly aware of the bottlenecks in the securing of raw materials in domestic construction projects. A fact that Bert Vulpius from UVMB attributes, above all, to the development of the new regional plans, which must rather be seen as a step backwards. The regional plans are no longer in line with the 2015 Land Development Plan. Regrettably, even the Saxon raw materials strategy has no impact on regional planning. Local political interests are becoming increasingly decisive.

Completely different challenges arise in the structural change of the brown-coal regions, to which Dr. Rohde from the Saxon State Chancellery gave an introduction. It was not just about structural tasks, but also about the question how brown coal could be used in future. For example, in connection with plastic waste for the production of synthesis gas. The fact that the Saxon industrial and academic research takes an innovative stance was also demonstrated by the lecture held by the GKZ member UVR-FIA with regard to the piloting of the processing method for tin ores from the Pöhla deposit as part of the HORIZON 2020 project FAME in association with the BMBF project AFK. This German-European cooperation, largely supported by Saxon partners as well as by members of the GKZ and the agency of the GKZ, was groundbreaking for the synergy effects the Geomontan site Freiberg can achieve in cooperation with its members and European partners.

The upcoming Saxon Raw Material Day will take place in 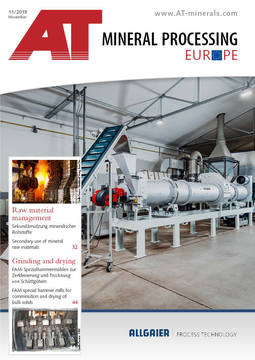 Regional closing conference of the EUs FAME project in Saxony

O?n 17.?December?2018, the regional closing conference is taking place in Dresden/Germany, under the heading Valorization of indigenous raw materials with European collaborative research. Start of...

In Saxony, mineral resources and their extraction have been of great importance for centuries, after all silver mining was the primary reason for the wealth of this German state. As part of the...

The Upper Mining Authority of Saxony has granted Tin International a new exploration license in the Eastern Ore Mountains of Saxony/Germany. The license covers an area of 15 km2 around the...

Twenty-five years ago, the present-day Media Center at the TU Bergakademie Freiberg University of Resources, together with a firm of printers, translated into practice the idea of demonstrating the...