A successful change of location: from 27 to 29 April, representatives of the international recycling and underground construction industry met at the Karlsruhe Trade Fair Centre, which served for the first time as the showplace of the recycling aktiv and TiefbauLive double trade fair. Some 7500 registered specialized visitors encountered 600 consultants from the exhibiting companies. On 76 500 m² of area, 202 exhibitors from 14 countries presented the full spectrum of the newest underground-construction machines and recycling facilities. Market leaders such as Doppstadt, JCB, Wacker Neuson and Zeppelin were enthusiastic about the new venue and evaluated their participation as successful.

A survey of the visitors showed that this specialized trade fair has a nationwide character and international magnetism. One quarter of the fair’s participants travelled more than 300 km to attend the event, and 9 % of the visitors were from foreign countries. The exhibitors praised the number and quality of the visitors. According the survey of visitors, 96.2 % of whom were specialized visitors. The high percentage of decision makers deserves special emphasis: 80 % of the visitors play significant roles in their companies’ investment decisions.

47 of the 202 exhibitors took advantage of the opportunity to demonstrate their products at their own stands. Numerous federal associations brought their competence to the four action areas at the double trade fair. The VDMA, for example, was the godfather of the newly conceived action area for Wood & Biomass. Also new: the special show of plastic recycling in Hall 2 – organized for the fair by the bvse. Alongside these newly conceived attractions, the Scrap & Metal action area was again a magnet for visitors this year. All typical phases in the work of a modern scrapyard, e.g. shredding, handling and recovery, were demonstrated on its 2000 m² of area. Dr. Friedhelm Rese is CEO of Geoplan GmbH, the former organizer and the present-day cooperating partner of the double trade fair. He summarizes: “The relocation to a new venue succeeded optimally. The hall spaces are ideal. They also provided the venue for the specialized forum and for the unprecedented special show of plastic recycling, which the bvse organized.”

The next recycling aktiv and TiefbauLive will take place at Karlsruhe Trade Fair Centre from 5 to 7 September 2019. 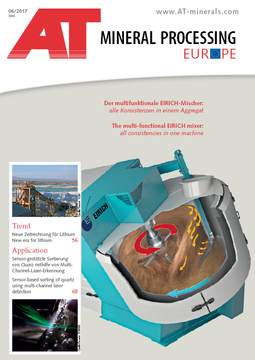 Three new demonstration areas complement the trade fair offer From 05 to 07 May, Messe Karlsruhe will be the venue for the third RecyclingAKTIV & TiefbauLIVE demonstration fair. On the 90,000 square...

W hoever is looking for problem solutions and the latest technologies in the bulk solids branch or recycling technology will find a platform at the trade fairs SOLIDS and RECYCLING-TECHNIK 2014 to...

First construction and recycling trade fair of 2022 to showcase new products live and up close!

Karlsruhe, 17 March 2022. After two years, trade fairs are finally back! RecyclingAKTIV & TiefbauLIVE is set to mark the beginning of a year full of innovations. Around 185 exhibitors will present...

For the third time in a row, RecyclingAKTIV & TiefbauLIVE is making the most of its conceptual strength as a customer-oriented live demo trade show for machine technology and for the construction and...