Hitachi Construction Machinery Europe NV (HCME) expanded its popular range of wheeled loaders by the three new types ZW330, ZW370 and ZW550. These wheeled loaders from Hitachi are the first ones launched on the European market since the alliance between Hitachi Construction Machinery Co., Ltd. (HCM), Kawasaki Heavy Industries Ltd. (Kawasaki) and TCM Corporation (TCM) was formed in October 2008. The ZW330, ZW370 and ZW550 are equipped with powerful and economizing engines, which can run in two modes – the power mode and the fuel-economizing mode. The large standard types of the ZW range are equipped with axles with torque path differential (TPD), which control the distribution of the torque to the wheels. Axles with lamella self-locking differential (LSD) are also available as an option. Furthermore, the two types ZW370 and ZW550 are equipped with a traction control system that automatically adjusts the engine speed to the operating conditions. 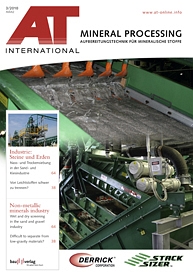 Complete solutions from the extraction specialist

At this years steinexpo, the company Kiesel, the exclusive partner of Hitachi in Germany and of Terex Fuchs in many countries, will make system solutions for extraction the focal point with the...

ZF Passau has signed a contract with the manufacturer of construction machinery and equipment JCB covering the future supply of axles for wheeled loaders and dumpers. JCB has already been a regular...

Liebherr at the Samoter 2011

The Liebherr Group is represented again at the 2011 Samoter trade fair in Verona/Italy from 02.-06.03.2011 with a stand 2400 m² in area and twelve exhibits providing a cross-section of the latest...