At bauma 2010 the first Hitachi large-size wheel loaders to be evolved from the alliance between Hitachi Construction Machinery and Kawasaki Heavy Industries were unveiled. As one of the first machines delivered in Germany, a ZW550 is now performing convincingly in quarrying operation. Since July 2010, a block handling model of the Hitachi ZW550 large-size wheel loader has been used at a Southern German Jura marble quarry with processing plant (Fig.). Together with the Kiesel system partner LOC-matic, the front equipment was optimally adapted to meet the individual requirements at the quarry and the functional parameters of the Hitachi wheel loader. Fitted with a hydraulic quick tool change system, the ZW550 can be used flexibly with a lift tooth bucket for block extraction or with a loading shovel.

During crushing of the blocks, often higher power is needed for a short time, which the Hitachi can easily deliver thanks to its hydraulics power boost. The ZW550 is fitted with adjustable traction control, which automatically adapts the engine speed to the working conditions. The box frame, low-mounted lifting cylinders and two shovel cylinders make this model of wheel loader even more efficient for operation in ashlar quarrying. 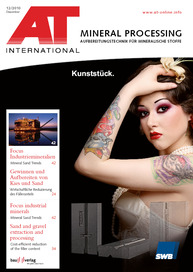 Complete solutions from the extraction specialist

At this years steinexpo, the company Kiesel, the exclusive partner of Hitachi in Germany and of Terex Fuchs in many countries, will make system solutions for extraction the focal point with the...

Hitachi Construction Machinery Europe NV (HCME) expanded its popular range of wheeled loaders by the three new types ZW330, ZW370 and ZW550. These wheeled loaders from Hitachi are the first ones...

N?atural, eco-friendly, sustainable  thats the company slogan of Hauri Mineralstoffwerke. For many years, the family business has got a trustful collaboration with Kiesel. The now long-serving...

Topping the range of Liebherr wheel loaders, the 33 tonne L 586 XPower® has recently been finding friends in a number of quarrying operations around the UK. This includes Hanson Aggregates which has...