T‌he MAXXDRIVE industrial gear units from NORD DRIVESYSTEMS provide high output torques from 15 to 240 kNm and are ideal for use in heavy duty applications such as agitators, belt drives, mixers, mills, drums or crushers. The tried and tested modular system has been extended with the new MAXXDRIVE® XT industrial gear unit series. With high thermal limit powers this has now been optimised for bulk material logistics applications such as conveyor belt systems. All drive solution components are precisely matched to each other and ensure smooth operation under demanding conditions. These includes large temperature fluctuations, abrasive environments, and rough operating conditions.

The NORD range has included MAXXDRIVE® industrial gear units for ten years and in this time, they have been developed further. The new 2-stage MAXXDRIVE® XT helical bevel gear industrial gear units were specially designed for applications which require low speed ratios in combination with high powers. This is the case for example in the bulk material logistics and minerals industry. There, especially robust solutions which are resistant to dirt and are reliable in rough operating conditions are required. This calls for special sealing concepts which need as little maintenance as possible. In addition, the drive systems must only require fan cooling. Application-optimised MAXXDRIVE® XT industrial gear units are optimally equipped for this and can be customised to suit the particular application. Thanks to the modular system, many options and equipment from the existing MAXXDRIVE® series can be used. Many options are adopted from our tried and tested modular industrial gear unit series, so that delivery times are similar to those for our standard gear units.

Output torques of the MAX­X
DRIVE® XT series range between 15 and 75 kNm with speed ratios of 6.3 to 22.4. MAXXDRIVE® XT industrial gear units are available in seven sizes for powers from 50 to 1500 kW and torques from 15 000 to 75 000 Nm. In contrast to the previous designs, as standard the series is equipped with a heavily ribbed UNICASE housing with an integrated axial fan. Due to the increased surface and the air guide covers, the cooling air flow is optimised and a very high thermal limiting power is achieved. In many cases, addition cooling is not required. This is made possible by means of Computational Fluid Dynamics (CFD) to optimise the design and the fan. As well as this, the thermal concept has been optimised in the test area and the solution has been further improved in the basis of the knowledge which has been gained.

All NORD drive solutions are planned for individual customers according to the modular principle. With the matched modular system attractive solutions can also be provided for price-sensitive industries. This is based on a comprehensive range of frequency inverters, motors and gear units, as well as coupling and brake systems, each with a wide variety of options. Features such as hydraulic couplings tailored to the particular process or Taconite seals, which effectively protect shaft sealing rings against abrasive dust and corrosion, ensure smooth operation. Large roller bearings and centre distances increase the load capacity and service life of the components. High precision bevel gears ensure quiet running.

NORD is also testing innovative predictive maintenance concepts especially for heavy industrial gear units. Via the frequency inverter, networked NORD drive units communicate their status data via the control system or communicate directly into a secure Cloud. The objective is to detect condition changes at an early stage with optional vibration monitoring for predictive maintenance. Recording of the performance data also ensures optimal dimensioning of the system as well as continuous condition monitoring of the drives. 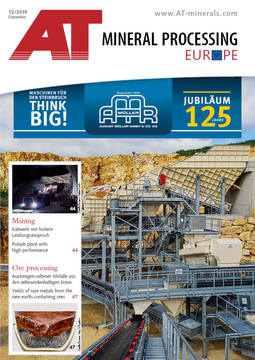 M?AXXDRIVE® industrial gear units from NORD DRIVESYSTEMS provide high output torques from 15 to 250 kNm and are ideal for use in heavy-duty applications such as agitators, belt drives, mixers,...

At the 2017 Hannover Messe exhibition, NORD DRIVESYSTEMS will present two new gearboxes for nominal torques of 15 and 20 kNm. With these latest additions to the line-up, the series now comprises 11...

N?ORD DRIVESYSTEMS offers powerful drive systems for transporting bulk materials that are characterised by maximum reliability, safety and robustness and ensure smooth operation even under the...

NORD at the IFAT 2022: Drive systems for wastewater handling

From 30 May to 3 June 2022, the IFAT will take place in Munich. NORD DRIVESYSTEMS, too, will be present again this year after the pandemic-induced break, presenting innovative and intelligent drive...

I???????ndustrial gear units are drive technology heavyweights which need to handle large torques. Due to the large forces involved, small defects which are not detected in time can quickly result in...