Based in Ebersbach near Dresden the building materials plant set up on the Wetterberg in 1992 is one of the mainstays of the local economy. While sandstone is the predominant building material in the state capital of Dresden, the greywacke has always been the “object of desire” at the Wetterberg quarry. The Ebersbach-based company now forms part of the Gläser Group, which is celebrating the 150th anniversary of the company’s founding this year. Besides the quarry, a ballast and asphalt mixing plant is also located at the site. With an annual output of around 900 000 t ballast, chippings and high-grade chippings, the company supplies the Greater Dresden Region as far as Berlin.

The decision-makers at Baustoffwerke and Sandvik can look back on 15 years of constructive and successful cooperation. At the Ebersbach site, a H6800 EC crusher from Sandvik was put into operation. It soon became clear, however, that the downstream screen, the size of which had originally been designed for the previous crusher, was too small for the new crusher, and therefore following intensive consultation, the new generation of the Sandvik SC screen was installed to increase productivity. The 7200 x 2400 mm-large Sandvik SC-2472 (Fig. 1) is equipped with two decks and Sandvik WM 6000 modular rubber screening media (Fig. 2) – for the separation of 32-mm and 16-mm material. Parallel to the unveiling of this series of innovative screens at the world’s largest construction materials machinery trade fair, the BAUMA in Munich, the screen was integrated into the installed process. Within just a very short time, the daily output could be increased by 15 -20  %.

Sandvik’s SC high-performance screens series was developed for all screening duties. Depending on the application, acceleration rates up to 4.5 G can be achieved. Other advantages: the pitch of the screen be adjusted on site and the change of the screen media from clamped screen media to a modular system is possible without any modification to the screen frame being necessary. Providing maintenance and repairs are completed according to schedule, short downtimes and reduced costs are guaranteed by the ideal design of the drive unit, which can be replaced in one piece. The installation of 30-mm Sandvik wear protection modules made of rubber in the feed and discharge zones reduce wear at the critical points. 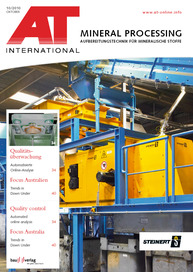 Sandvik Mining and Construction presented its latest range of Vertical Shaft Impactors (VSI) at the bauma 2010, specifically designed to accommodate the requirements of Sandviks customers in the...

In 2008 planning commenced for the new lime processing and calcining plant at the Saal site operated by the company Fels-Werke. The plant is designed for a running time and operating lifetime of 40...

The Sandvik QA331 is a state-of-the-art three-way-split screener based on the world leading Sandvik QA330. The brand new model (Fig.) now comes with improved screening capacity, and is an equally...