S‌eufer Erdbau GmbH, an earthworking company based in Obersulm near Heilbronn in Baden-Württemberg/Germany, was founded by Gerhard Seufer in 1957. In 2000, he handed over the business to his son, Steffen Seufer, who expanded the business lines of landscaping, road construction and civil engineering, earthworks, demolition and recycling of construction materials. The family-owned company, in which the third generation of the family is already involved, now employs around 50 people.

Mobility is the top priority at Seufer and it was therefore clear that the new crusher had to be as big as possible but also transportable. When work at a relatively large construction site beckoned, the company decided to test-hire the new Remax 300 impact crusher from Kurz Transporte in Friolzheim, a company with which Seufer had worked for many years. Kurz Transporte transports all large machines, like the new Cat 336, with its special 18-m boom. Key arguments for the decision in favour of the SBM Remax 300 were therefore the transport dimensions for a low-loader trailer, a chute below the crusher, electric drives and an air separator.

The crusher processed concrete, construction waste, natural stone and asphalt on the construction site. With the attached screen, from all the materials the required grades from 0 – 11, 0 – 22, 0 – 32 or 0 – 45 could be produced in one work process. The oversize is transported on a return belt for recrushing or on a discharge belt at the side to a stockpile. The chute below crusher protects the belt conveyor behind against puncture by iron or rock. “Thanks to electric drives, we can manage without AD Blue and particulate filter. The diesel consumption at just under 20 l/h is impressive, too,“ says Michael Fernsler, sales executive at Kurz.

Another highlight is the air separator installed at the belt for oversize. “We can remove all materials like films, wood, plastics, polystyrene and other extraneous materials from the construction waste and produce a first-class recycled material during the crushing process,“ stresses Harald Weber, Sales Manager at Kurz Gruppe.

Besides the above-mentioned advantages of the SBM Remax 300 impact crusher, the prompt and professional service, the fast response time and the competent consultation were another plus persuading the company to come to terms with the company Kurz Aufbereitungsanlagen. Kurz Aufbereitungsanlagen, a subsidiary of the Kurz Group, operates as a distributor of SBM screens and crushers in collaboration with Martin Wizinger, SBM in Southern Germany. It also supplies screens and stockpiling belts from Anaconda. The new two-shaft crusher from Arjes has been included to serve customers in the range below 20 t. 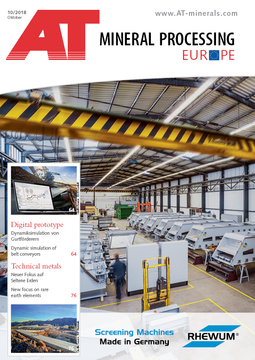 Over the past 90 years, the Lehnen Group has grown into a powerful all-rounder in construction and recycling. The new acquisition of an SBM Remax 450  the Austrian premium impact crusher of the...

The track-mounted impact crushers in the REMAX series from SBM Mineral Processing have already been premium models on the market for years. With a large number of unique features for high efficiency,...

M?obility offensive is the motto under which SBM will be presenting itself at bauma 2019. And there is much to discover for visitors to the fair.   REMAX 200  compact, efficient, powerful At bauma...

REMAX 1312 MAXI made by SBM Mineral Processing is extremely mobile due to a 4-axle-Dolly transport system. Swift relocations arent an issue any more as SBMs mobile, track-mounted crushing and...

O?ver the last 70 years, SBM Mineral Processing has developed into one of the leading international suppliers of complete processing and concrete plants. With the new JAWMAX® 200 mobile jaw crusher,...